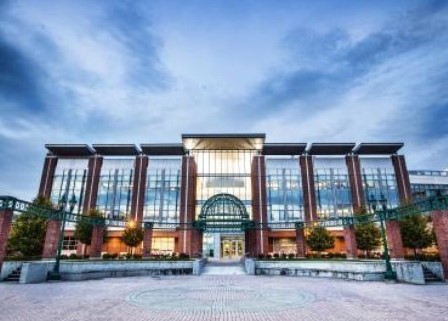 The story of Geneseo, according to “The Transformation of SUNY Geneseo,” is much more convoluted—and even seems to present an evolution contrary to the trends suggested by The United States Country Report.  In the 40s, 50s, and 60s, Geneseo certainly saw the massification caused by the GI Bill, however, in the period of time from the late 60s to early 90s, Geneseo’s era of maturation seemed to coincide with its era of post-massification; that is, at the same time Geneseo’s student-body was diversifying, the administrators at Geneseo seemed to recognize and capitalize on the upcoming shift in market values and changing values of the general population that brought about the demands of the post-massification era.

In the 70s and 80s—and even earlier—Geneseo embodied the trends presented by the country report.  Geneseo’s “new student majority” consisted of students at or above the age of 22; the student body was increasingly comprised of part time student who held full- or part-time jobs; women were the predominant gender at the school, and racial minorities contributed to a greater percentage of students (Mahood 214-220).  Yet, Geneseo was at once ahead of and behind its time:  while most Universities in the era of maturation saw increased faculty and staff, Geneseo was faced with the possibility of enacting six levels of faculty cuts (SUNY at Sixty, 65).  Additionally, proposed construction projects, including the building of new dorms and classrooms, were denied and/or suspended.

The administrators at Geneseo had to make a decision:  decrease selectivity and thereby increase enrollment in order to receive greater state and federal aid, or hold true to their values.  They did a little of both.  In 1977, Geneseo accepted 88% of students—its highest acceptance rate in the institutions history—in order to stave off faculty cuts (SUNY at Sixty, 70).  Geneseo’s next actions anticipated trends in higher education, fiscal conservatism, and public opinion that most higher-ed institutions would not react to for at least ten years.

By increasing enrollment, administrators sought to increase the potential audience for the solicitation of their changing institution.  First, Geneseo increased its professional/vocational programs—administrators created the BS in accounting and expanded the business and economics programs, started programs in the field of urban studies, and expanded fields such as biochemistry, physics, and computer science (SUNY at Sixty, 67).  According to the country report, the trend of increased vocational programs in higher-ed didn’t take off until the late 80s when the consumerist population—who increasingly saw higher-ed as an irresponsible use of resources—demanded that higher-ed institutions provide educations with more practical implications (Gumport 30).  At the same time, professors created Geneseo’s hallmark courses, Humanities I & II; these courses ground Geneseo in its status as a liberal arts institution by asking students to explore the philosophy, history, and literature of prevailing Western ideologies (SUNY at Sixty, 69).  After just one year at 88% acceptance, Geneseo returned to its rigorous standard and accepted fewer than 50% of applicants.

After achieving a good balance between vocational courses and liberal arts studies, administrators began a scourge of departments that they saw unsuccessful in anticipation of the fiscal conservatism that would limit Geneseo’s funding.  This began with the removal of drama, dance, and physical education departments, although students could still enroll in individual courses in these areas of study.  At this time, the school also saw cuts to art and music.  Most shockingly, administrators dissolved the School of Library and Information Science due to its declining enrollment rates; in dissolving this most traditional department, scholars noted Geneseo’s move toward privatization:  although a public school, Geneseo became more concerned with the values of private schools—selective admissions, name value, and adoption of market ideologies—than with that of public schools, namely providing an accessible education to all.

Yet, these were not the only changes at Geneseo.  At a time when most universities were increasing faculty and staff, Geneseo fired 104 faculty members (SUNY at Sixty, 73).  However, the institution saw this as an opportunity to develop a new teaching staff with different expectations:  taking advantage of the fact that the federal government was investing more money in research institutions than ever before, Geneseo made it clear that professors would both teach, and perform research (Gumport 25, SUNY at Sixty, 75).  Accordingly, administrators outfitted Geneseo with both a faculty and a curriculum that would provide the most “bang” for a student’s “buck.”  In a time when most universities were expanding, Geneseo doubled down on its qualities that administrators thought would favor conditions of the changing market.   Whether by chance, or keen insight, Geneseo’s recognition of changing values allowed it evolve into the “public Ivy” that it is considered to be today.

Mahood, Wayne. “”A Touch of New England in Western New York:” The Transformation of SUNY Geneseo.” SUNY at Sixty: The Promise of the State University of New York. Albany: State U of New York, 2010. 63-76. Print.